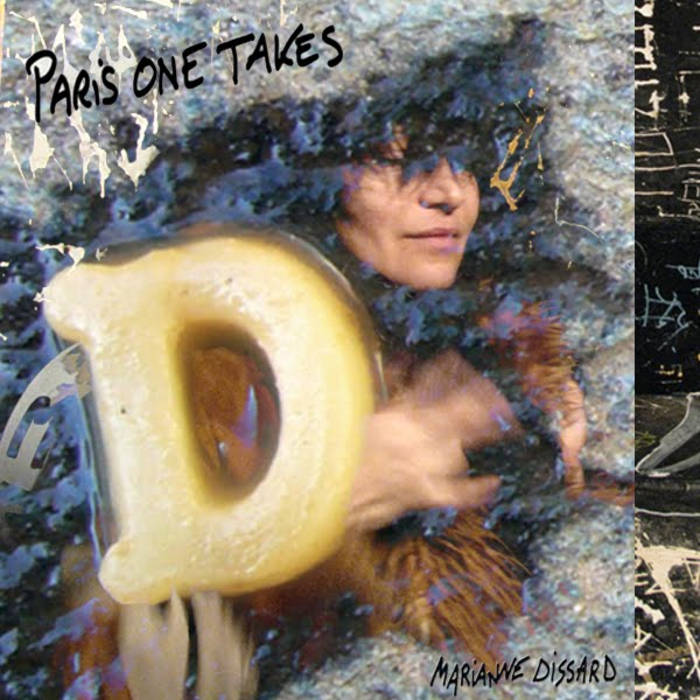 LUCID CULTURE Review -> "Sometimes the best albums are the hardest ones to explain. For example, Marianne Dissard’s new one, Paris One Takes has been in heavy rotation here at Lucid Culture HQ for over a month. Everybody loves it – for Dissard’s sultry, breathy, angst-laden vocals, the charm and bite of her French lyrics, and the exuberant intensity of the band. Stylistically, up-and-coming New York chanteuse/bandleader Kerry Kennedy is the obvious comparison. Recorded live in the studio, the album collects songs from Dissard’s acclaimed debut album L’Entredeux as well as from the forthcoming L’Abandon, scheduled for release late this year.

Dissard’s best known as a French singer who specializes in southwestern gothic rock: she’s actually a Tucson resident who moved there to make a documentary film about Giant Sand. Although there’s a strong noir cabaret influence here, this is most definitely a rock record, a potent document in itself in that this is Dissard’s road band, tight and inspired, still buzzing from the energy of a European tour. They take the coy “choc-choc” bounce of La Peau Du Lait (Porcelain Skin) and thrash it, following with the creeping menace of Le Lendemain (The Day After), a co-write with longtime collaborator Joey Burns of Calexico (Dissard memorably sang the female vocal on Calexico’s cover of John Cale’s Ballad of Cable Hogue several years ago). The scurrying Les Draps Sourds (The Blinds) evokes Piaf at her most frantic, spiced with Olivier Samouillan’s bracing rai-flavored viola and Brian Lopez’ reverb guitar. Merci de Rien du Tout/Flashback (Thanks for Nothing) mines a catchy yet brooding Velvet Underground vein.

With a cynical, snarling guitar-fueled edge, Les Confettis (Confetti) reminds of Dylan’s When You Go Your Way and I Go Mine. Shifting and mixing styles, the band make ominously hallucinatory desert rock out of the anguished 6/8 cabaret ballad Indiana Song, and follow that with the stomping garage-rock abandon of Trop Exprès (Too Obvious). Sans-Façon, a beautiful lament, evokes the Jayhawks circa Sound of Lies, while It’s Love, written by drummer Sergio Mendoza, reminds of Botanica in a particularly pensive moment. Other tracks add echoes of Steve Wynn and electric Neil Young to Dissard and Burns’ brooding melodies. Definitely one of our favorite albums of 2010 and an auspicious sneak preview of Dissard’s next one."

Lyrics by Marianne Dissard except 11 Sergio Mendoza and 14 Brian Lopez.