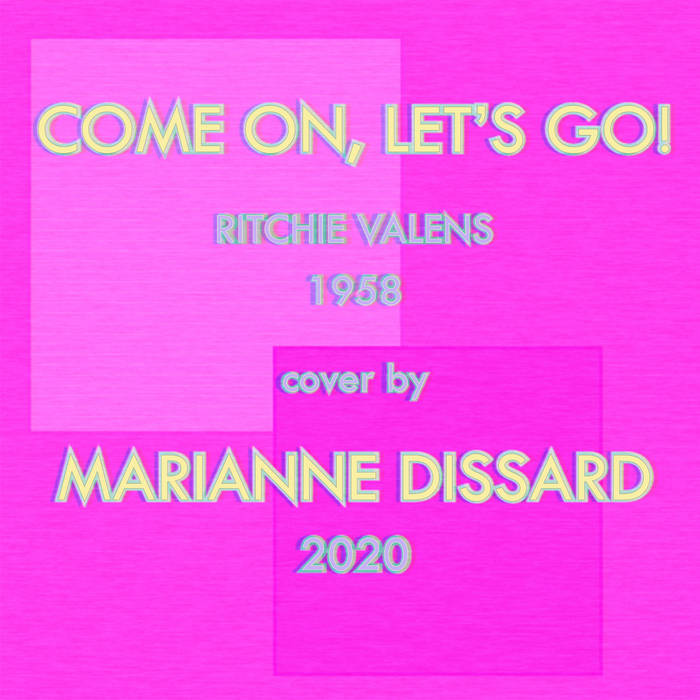 As Raphael says, 'It's a song about wanting to fuck someone…” while Marianne, with characteristic openness, adds: “. . . fuck someone during a pandemic.” It’s part of a series of drastic re-imaginings of other artists’ songs leading up to an album set for release in early summer 2021, kicked off by a version of Phil Ochs' 'The Scorpion Departs But Never Returns' inspired by the parallels she saw between the fate of sailors aboard the Covid-stricken USS Roosevelt and the USS Scorpion in 1968 that had spurred Ochs to write the original.

“An eccentric character who releases very fine and wonderful records, in fact so eccentric she once toured the French Pyrénées on foot with a donkey”. - Marc Riley, BBC6 Music.

“As urgent as Patti Smith, as indifferent as Nico, and as sexy as Nancy Sinatra...″ Blurt Mag.

Dissard is probably best known for her role in Tucson's music scene. After arriving there to make a documentary about the band Giant Sand, the tumbleweed took root and she made the Arizona city her home, developing a style that brought together the smoky romanticism of French chanson and the exuberant strains of Sonoran Americana. She has collaborated with members of Giant Sand, Orkesta Mendoza, and Calexico, duetting with singer Joey Burns on the latter’s ‘Ballad of Cable Hogue‘ hit, while Burns composed her album 'L'Entredeux'. She has performed more than 400 shows on four continents, including seven consecutive years at SXSW, but, as Marc Riley points out, her most memorable tour was probably the one she undertook through the Pyrénées with only a donkey for company.

Currently dividing her time between Arizona and Ramsgate in Kent, Marianne has an impressive track record across multiple creative disciplines. Her acclaimed recent memoir ‘Not Me’ was turned into a full touring theatrical experience and she is also a filmmaker and performance artist.