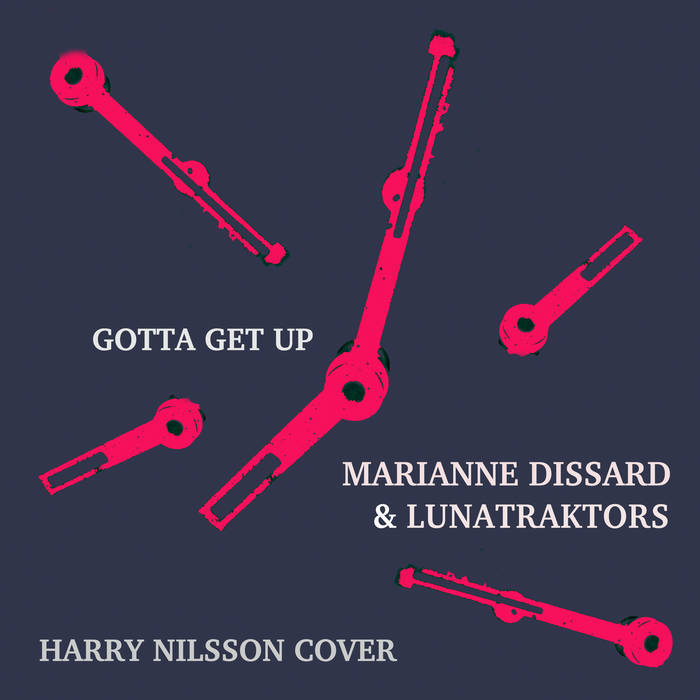 Continuing with the series of cover songs I've released as singles since March 2020, here is my take on Harry Nilsson's Gotta Get Up from his stupendous 1971 album Nilsson Schmilsson

Back a while back pre-masks, two dear English friends, Clair Le Couteur and Carli Jefferson, aka broken folk duo Lunatraktors, flew to meet me in the American West for a few golden days of rodeo, saguaro, and studio.

The three of us, joined by two Tucson musical legends, Frenchman Naïm Amor on guitar and Dane Thøger Lund on bass, headed to Matt Rendon's 8-track recording studio and tried our hands, feet, and throats at a cover of one of Harry Nilsson's most joyous song.

'Gotta Get Up' has long been a favorite of mine to perform live, and Lunatraktors a band I really treasure. Check out their latest release, the stunning 'The Missing Star', an essential take on post-Brexit neo-colonial England : lunatraktors.bandcamp.com/album/the-missing-star

ps: If you haven't yet and are curious of my street photography, check out my gallerist's page : www.laurentdelaye.com/artists/56-marianne-dissard/

Check out my other covers (Phil Ochs, Steely Dan, Janis Ian, Bobbie Gentry, Ritchie Valens, Adriano Celentano, Townes Van Zandt), all available on my Bandcamp and most of them made with the multi-talented Raphael Mann frizzrecords.bandcamp.com

If you like SINGLE - Gotta Get Up (COVER Harry Nilsson - Marianne Dissard & Lunatraktors) (2021), you may also like: