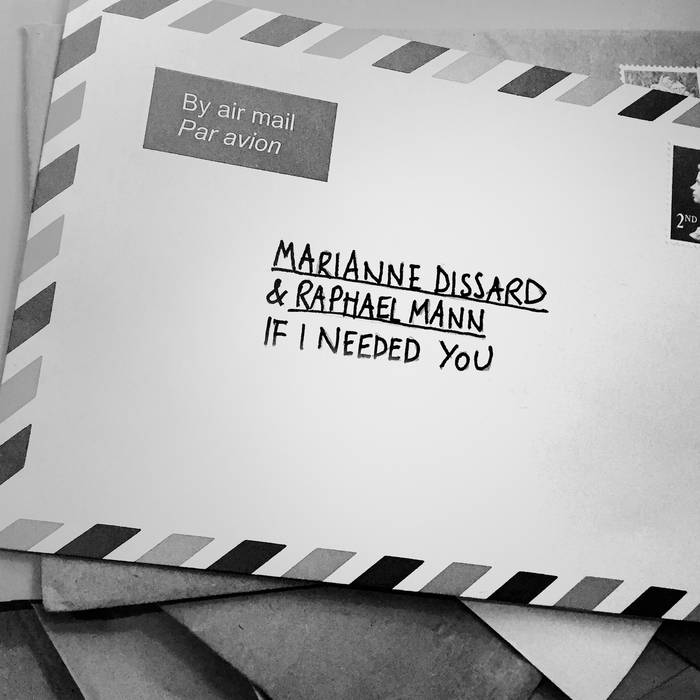 If I Needed You by Marianne Dissard & Raphael Mann

With this bittersweet duet cover of Townes Van Zandt's 1972 'If I Needed You', French-born Tucson chanteuse Marianne Dissard and English producer and multi-instrumentalist Raphael Mann are capping a series of drastic re-imaginings of other artists’ songs released as standalone singles starting in March 2020 and through the pandemic months.

The collaboration — ongoing, the pair is working on a new album of originals — saw them gleefully deconstruct rock‘n’roll standards such as 'Come on, Let's Go!' by doomed star Ritchie Valens or Steely Dan's 'Dirty Work', tap folk/Americana signposts ('Refractions' by Bobbie Gentry), boldly update dark ballads by Janis Ian ('At Seventeen') and Phil Ochs ('The Scorpion Departs But Never Returns'), and even turn Adriano Celentano's tongue-twister 'Prisencolinensinainciusol' into a dystopian pandemic-era nightmare.

With guitars recorded in Tucson, Arizona and the English production of Ramsgate-based multi-instrumentalist Raphael Mann, this dreamy Dissard/Mann production and duet is a nostalgic love letter snail-mailed across the oceans.

The video is by Raphael Mann, using footage he shot himself on Ramsgate's seafront and combined with the climactic scenes of 'One Eyed Jacks' with Marlon Brando and Pina Pellicer,

MARIANNE DISSARD is probably best known for her role in Tucson's music scene. After arriving there to make a documentary about the band Giant Sand, the tumbleweed took root and made the Arizona city her home for two decades, developing a style that brought together the smoky romanticism of French chanson and the exuberant strains of Sonoran Americana.

She has collaborated with members of Giant Sand, Orkesta Mendoza, and Calexico, duetting with singer Joey Burns on the latter’s ‘Ballad of Cable Hogue‘ hit, while Burns composed her first album 'L'Entredeux'. She has performed more than 400 shows on four continents, including seven consecutive years at SXSW, but, as Marc Riley points out, her most memorable tour was probably the one she undertook through the Pyrénées with only a donkey for company.

Currently dividing her time between Arizona and Ramsgate in Kent, Marianne has an impressive track record across multiple creative disciplines. Her acclaimed recent memoir ‘Not Me’ was turned into a full touring theatrical experience and she is also a filmmaker and performance artist.

In 2020, she embarked on a street photography project documenting winter lockdown in Ramsgate. She is planning a large-scale outdoor site-specific installation in the Ramsgate port from 27 August 2021, and one of her prints has been selected by Turner Contemporary in Margate for their autumn show.