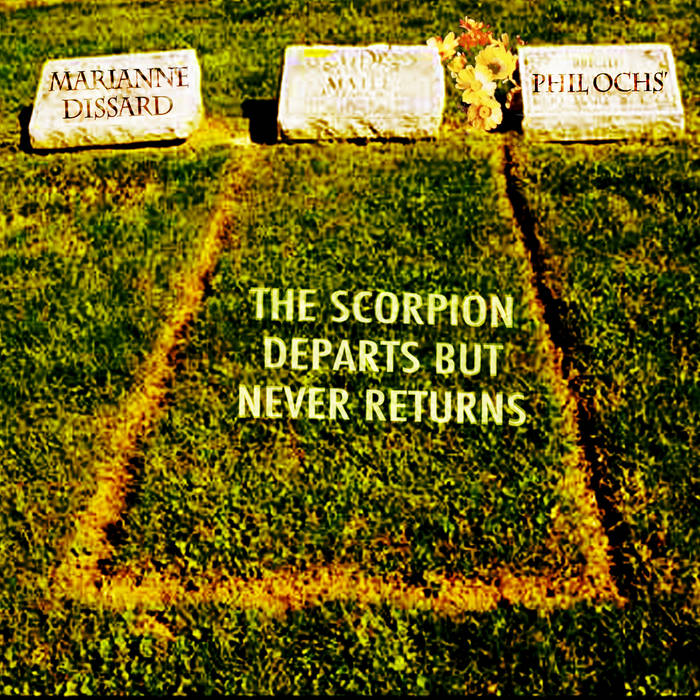 On 22 May 1968, the USS Scorpion submarine was lost with 99 crewmen onboard dying in the incident. The results of the U.S. Navy's investigations into the loss of Scorpion remain inconclusive but, as stated in conservative magazine The National Interest : "by 1968 it was obvious to the Navy's Bureau of Ships that the submarine was badly in need of major overhaul. Yet the demands of the Cold War made it necessary to send Scorpion and her officers and crew on one more deployment to the Mediterranean Sea to participate in joint NATO operations. She would, however, sail with one less man. Electrician's Mate Dan Rogers, who refused to go on the cruise, flatly stated to Lt. Cmdr. Francis Slattery that every man on Scorpion was in danger."

In 1969, American protest singer Phil Ochs wrote and recorded a song about the tragedy, 'The Scorpion Departs but Never Returns', for his dark art folk album 'Rehearsals for Retirement'.

Fast-forward to 2020 and this current administration's no-less criminal mishandling of federal resources and human lives.

Staying put in Tucson after her tour dates in Europe were postponed because of the pandemic, singer Marianne Dissard poured her heart into recording a version of Phil Ochs' tragic and timely tale. Working in isolation each from their respective living rooms, the five collaborators (Marianne Dissard, Thøger Lund, Vicki Brown, and Marco Rosano in Tucson, Arizona, and Raphael Mann in Ramsgate, England) recorded their respective parts in the last week of March 2020.

But, as Tucson engineer Jim Waters began mixing the track, Dissard read about another Navy ship whose crew was in danger…

Why this song now?

On March 30th, ignored by his superiors, a certain Captain Crozier had widely shared a desperate plea for help on behalf of his virus-stricken crew onboard the USS Theodore Roosevelt. In it, he wrote,“we are not at war. Sailors do not need to die. If we do not act now, we are failing to properly take care of our most trusted asset — our Sailors.”

Having dared to speak truth to his superiors, Captain Crozier was swiftly removed from his ship — he's since also tested positive to the Covid-19 virus — but not before his confined crew gave him a moving farewell from the deck of their ship... Thus the USS Roosevelt legend was born. Crozier eventually did get an apology from (breaking news: now ex-) Navy Chief Modly who had both called Crozier "too naive or too stupid" and chastised his crew for cheering their departing Captain.

What do you think?

I've never been much of a protest singer but I felt I had to record Scorpion as my response to this administration's crimes against humanity. But what of these intuitions and creative impulses when world events not only prove you right but up the ante on our worst fears? Maybe these are the questions that haunted Phil Ochs fifty years ago and echo to this day through his songs.

Captain will not say how long we must remain
The phantom ship forever sail the sea
It's all the same.

Captain will not say how long we must remain.
The phantom ship forever sail the sea.
It's all the same.

But no one gives an answer, not even one goodbye.
Oh, the silence of their sinking is all that they reply.
Some have chosen to decay and other chose to die.
But I'm not dying, no I'm not dying.
Tell me I'm not dying.

Captain will not say how long we must remain
The phantom ship forever sail the sea
It's all the same.

Thanks to Jim, Thøger, Vicki, Raphael, Sergio, Marco and Jean-Michel. Nod and a bow to Vic Chestnutt.