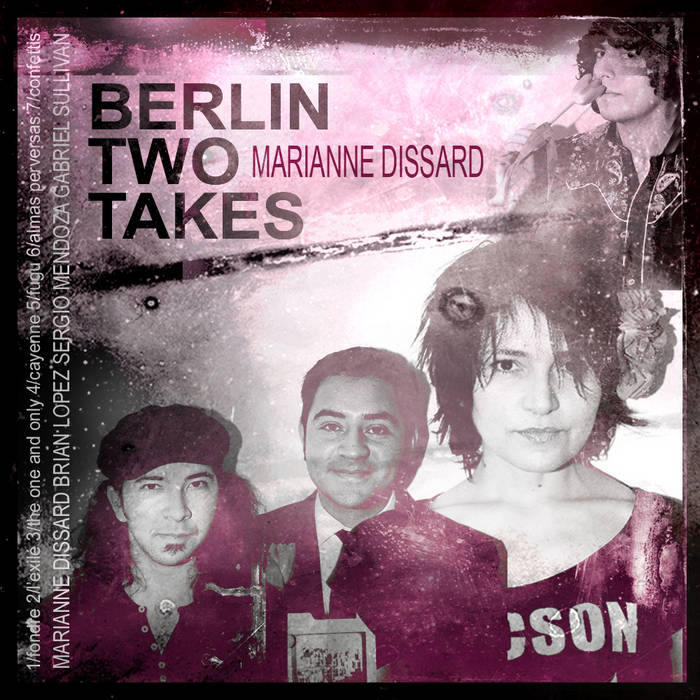 steveinsocal "…recorded in one take with her band during their 2011 European tour, there's a reinterpretation of styles, both old and new, of the songs of her impressive back catalogue here; the air of weariness to "Cayenne", an uptempo and electrified "Les Confettis", a toe-tapping version of "The One And Only" to the 'hidden' club remix which could easily embrace the Berlin of the era…"

Second album in the City Series, after "Paris One Takes" and before "Cologne Vier Takes".

In 2011, we recorded the album "Paris One Takes" in one afternoon during our 2010 European tour. This year, I'm happy to give you the second City Series album, "Berlin Two Takes", recorded with Brian Lopez, Sergio Mendoza and Gabriel Sullivan, my touring band from 2010 to 2012.

"Berlin Two Takes" is the second installment in the City Series of road albums, after "Paris One Takes" and was originally self-released as the Tour CD for the April 2012 European Tour. A collection of 8 songs we recorded live in Berlin during our 2011 European tour, the recordings were then polished in Tucson and Oostende.

Album artwork by Marianne Dissard from b/w photos taken at Haus Der Musik in Vienna, Austria by Hanna Pribitzer and color effects designed by John Silverstone for the artwork of "L'Abandon".